The most common ways to eat oysters are raw, steamed, fried, or grilled. As to the best way to eat them, well that’s a personal preference that is much debated! 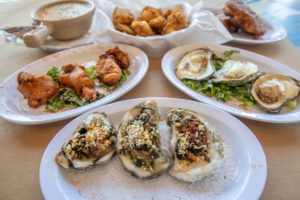 Get up-to-date news and announcements from the Southern Maryland Oyster Guide.

Maryland Oyster Aquaculture On The Rise